Asteroid Vesta is the second largest body in the asteroid belt and differentiated only several million years after the formation of the refractory inclusions. It is widely considered to be the prime example of a proto-planet. Observations by the space probe DAWN confirmed Vesta to be the source of the Howardite - Eucrite - Diogenite (HED) meteorite suite. Additional insights on its interior structure, differentiation and early geochemical evolution will therefore provide new views on the earliest stages of planet formation.

Abstract
It is now widely accepted that the asteroid 4-Vesta has an Fe-rich metallic core, but the composition of the core and the conditions prevailing during core–mantle differentiation are poorly constrained. In light of new constraints on Vesta’s geophysical and geochemical properties obtained by the DAWN mission, we have re-examined the conditions at which core–mantle differentiation in Vesta may have occurred by linking the estimated mantle depletions of siderophile elements P, Co, Ni, Cu, Ga, Ge, Mo and W in the vestan mantle to newly derived predictive equations for core–mantle partitioning of these elements. We extend the number of elements previously considered in geochemical modeling of vestan core formation and use published metal–silicate partitioning data obtained at low pressures to characterize the dependence of metal/silicate partition coefficients (D) on pressure, temperature, oxygen fugacity and composition of the silicate and metallic melt. In our modeling we implement newly derived mantle depletions of P, Co, Ni and Ga through analysis of published HED meteorite analyses and assess two contrasting bulk compositional models for Vesta. Modeling results using Monte Carlo simulations constrain vestan core formation to have occurred at mildly reducing conditions of approximately 2 log units below the iron–wüstite (IW) buffer (ΔIW = −2.05 ± 0.20) if the two most likely bulk compositions (binary mixtures of H + CM or H + CV chondritic meteorites) are considered, assuming a temperature range between 1725 and 1850 K and a sulfur-free pure Fe core. If the core is assumed to be sulfur-rich (15 wt.% S) as predicted by the latter bulk compositional models, observed depletions for all eight siderophile elements can be simultaneously satisfied at ΔIW = −2.35 ± 0.10 and 1725–1850 K for the H + CV bulk composition and ΔIW = −2.30 ± 0.15 and 1725–1850 K for the H + CM bulk composition. More reducing conditions are not consistent with the observed siderophile element depletions in the vestan mantle, independent of the sulfur content of the vestan core and of the bulk compositional model chosen. Our analysis shows that a previously proposed shallow magma ocean on Vesta during core formation is not consistent with the observed mantle depletion of Ga for the two considered bulk compositions irrespective of core composition. Instead, our results are consistent with the existence of a deep magma ocean during core formation on Vesta, requiring >50–100% mantle melting. 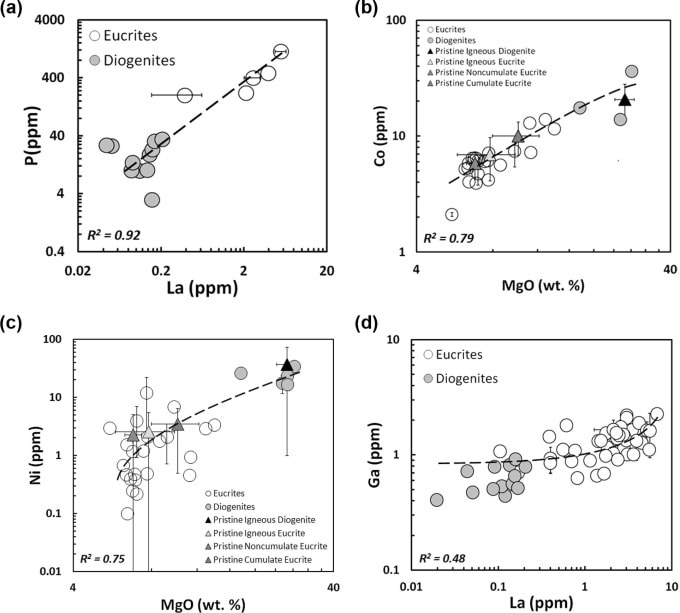 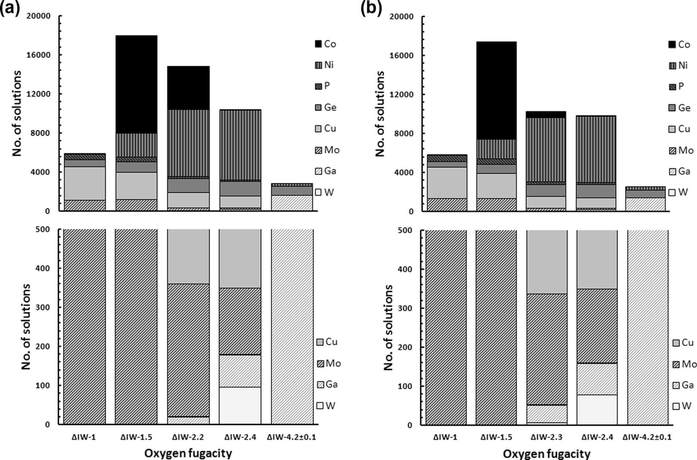